Aqua Survey was contracted by LA-based documentary-maker Ryan Katzenbach who had been researching the infamous 1974 DeFeo family mass murder in Amityville, New York. Police at the time recovered one weapon, a .35 caliber Marlin 336 hunting rifle. Based on his research, Katzenbach suspected a second weapon, a snub-nosed .38, was also in the killer’s possession the night of the murders. He called in Aqua Survey to perform an EM survey of a section of canal near the scene of the murders where he believed this second weapon may have been discarded.

Towing an EM-array behind one of our vessels, we located 317 metallic objects in the area of interest. The location of all objects were charted within inches of accuracy using survey-grade DGPS. Next, our geophysicists performed an advanced computer analysis on the targets in order to distinguish and prioritize them. From the 317 metallic targets found onsite, the ASI team narrowed the possibilities down to a handful of targets to be investigated.

Using DGPS an ASI survey vessel placed the recovery team over each suspected target location. An EM-Probe was then hand-pushed into the sediment to further pinpoint each object. Divers used the probe’s location to guide them through up to 4 feet of soft mud to reach each target. 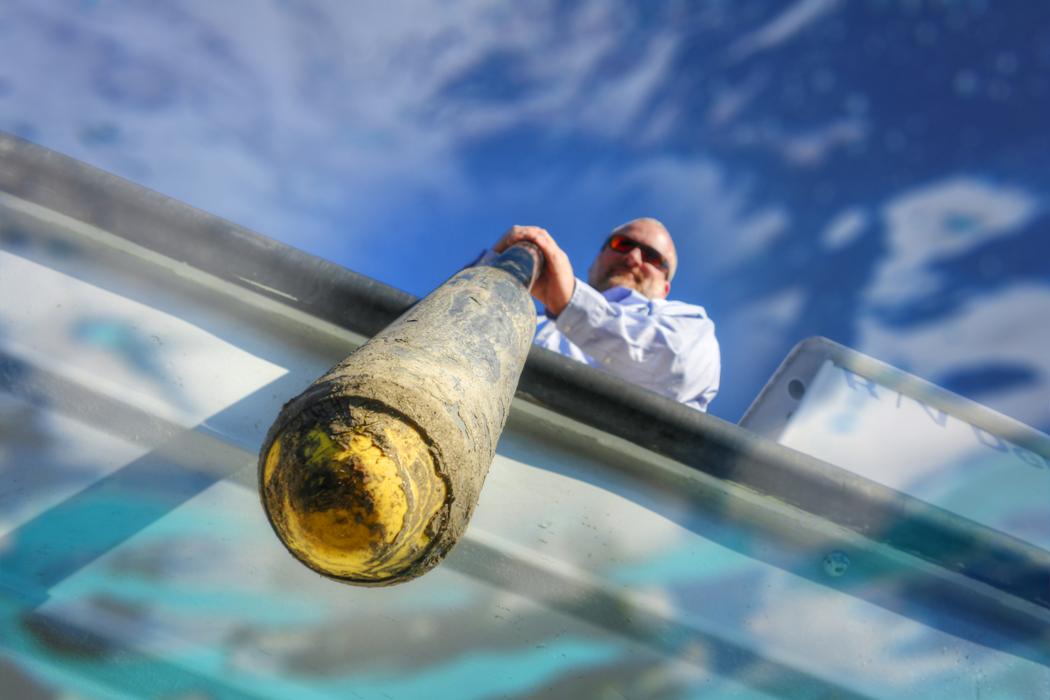 Upon diving on the third target, a volunteer diver from the Long Island Diver’s Association soon surfaced. He held in his hand the remains of the trigger/receiver section of a top-break revolver, seemingly of .38 caliber. The gun was promptly bagged and tagged by the Suffolk County Police who supervised the recovery. 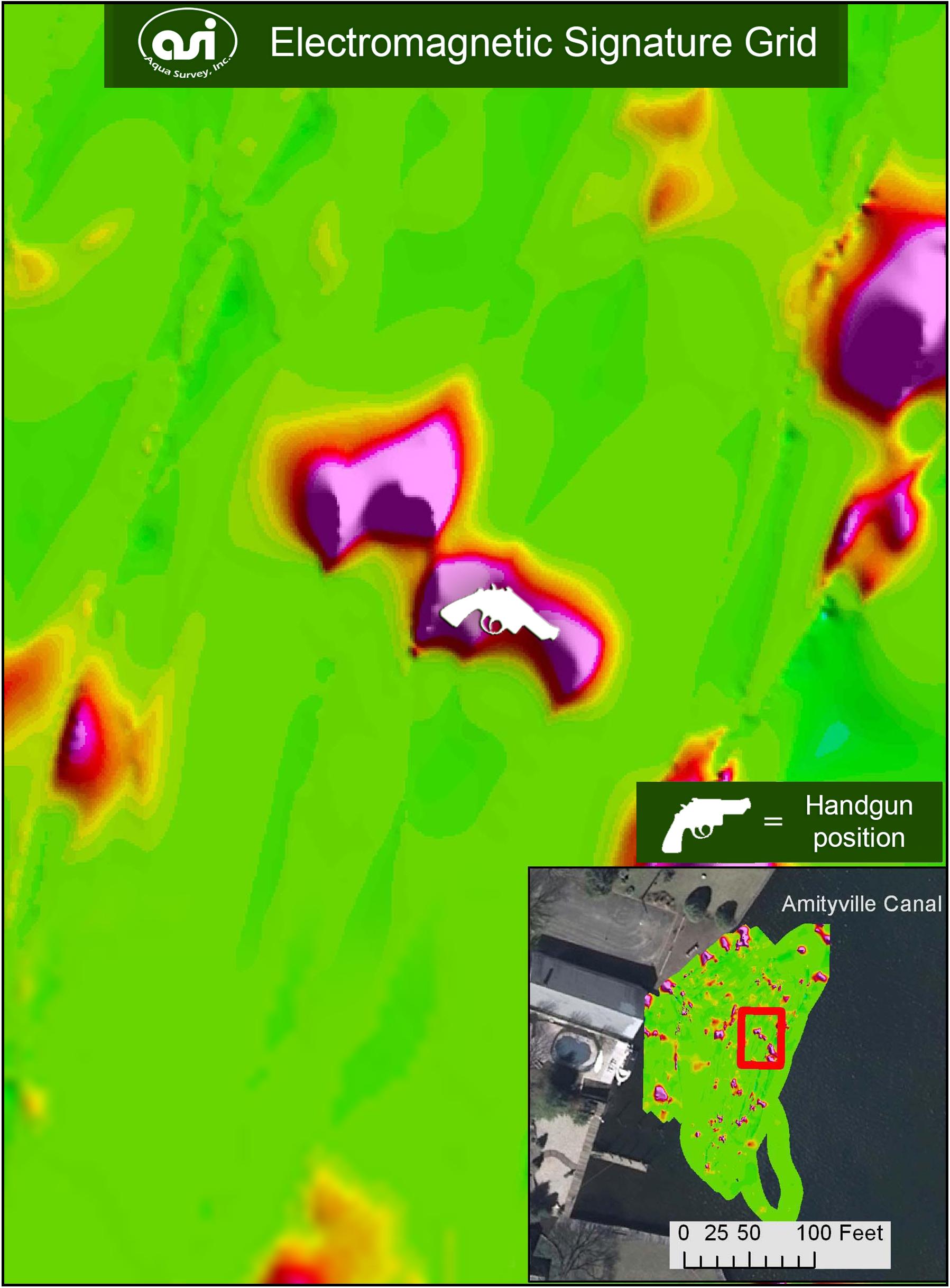 Go Beyond Side Scan Sonar and Magnetometer – Call Aqua Survey

Looking for a key piece of evidence from a crime that happened forty years ago or yesterday? Propel your team past the well known limitations of Side Scan Sonar and Magnetometer equipment.  ASI’s topside scientists are here to help you find what you’re looking for by giving your dive team an EM military-grade electronics edge.